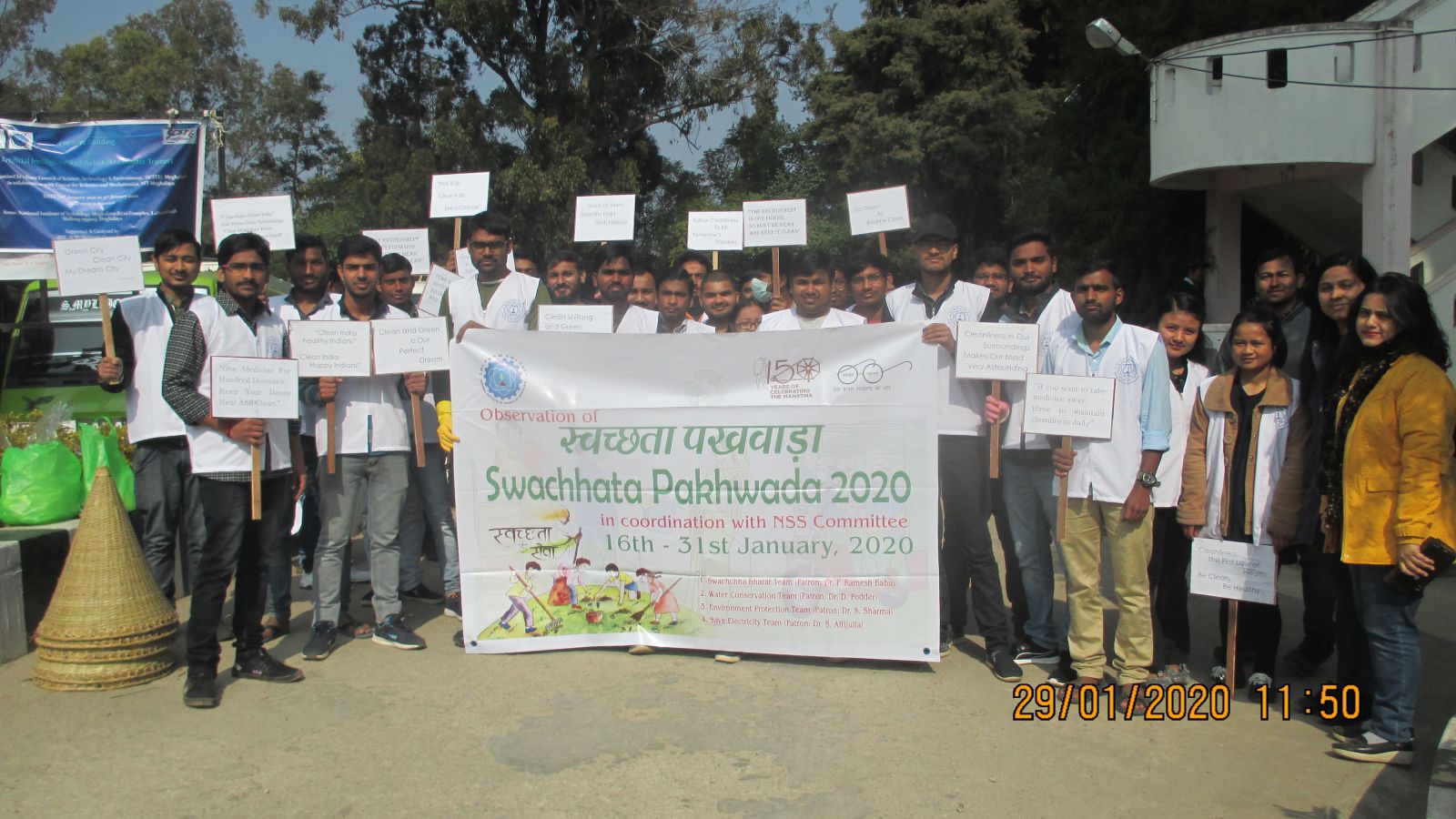 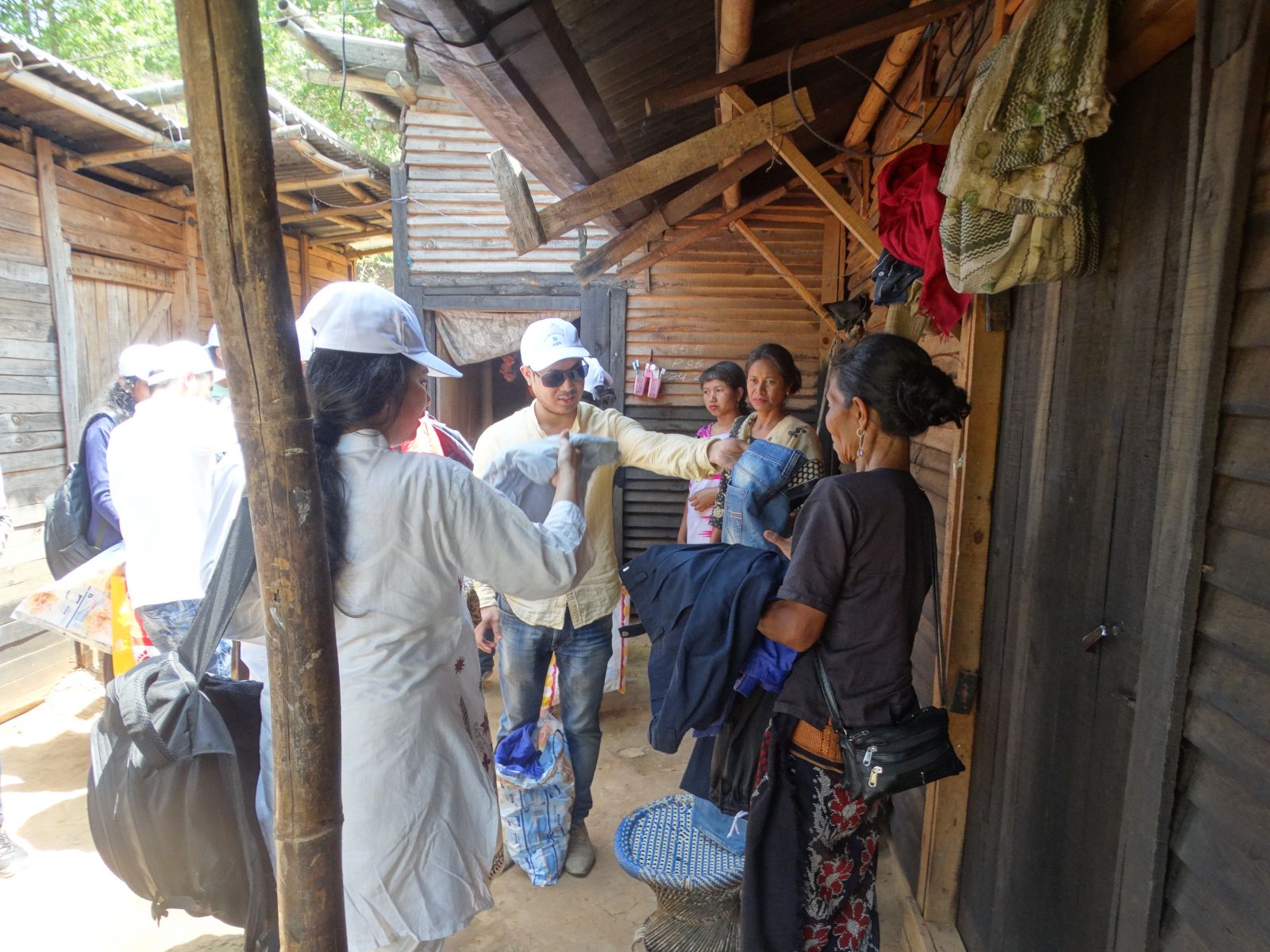 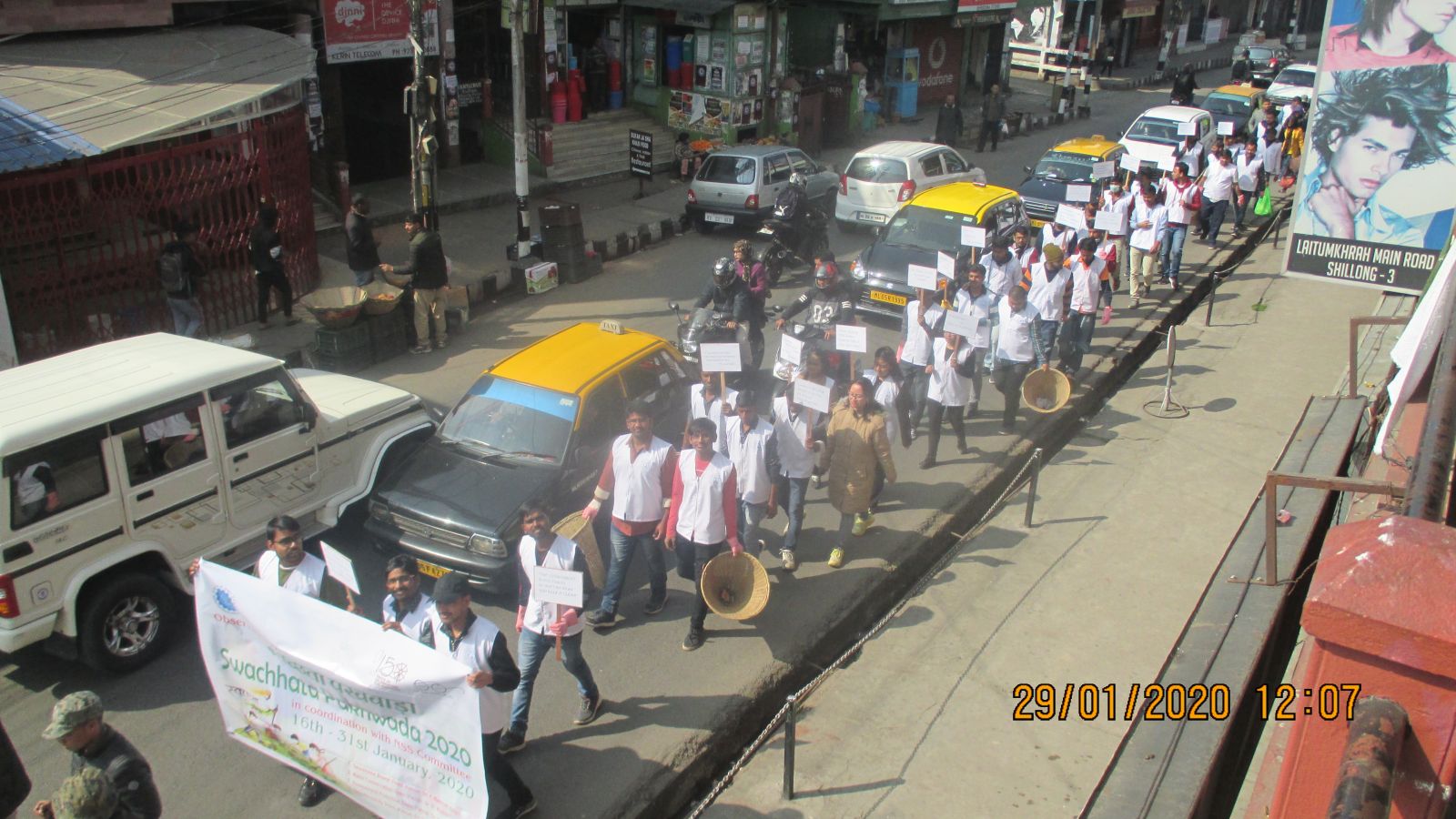 National Service Scheme (NSS)
National Service Scheme popularly known as NSS was launched in the year 1969 on the birth centenary year of Mahatma Gandhi. Under the scheme, youth from various institutions of the country participate in social activities like cleaning, providing education to the poor, organizing blood donation camps and other outreach programs. NIT Meghalaya has been very active in performing various community services involving active participation of the students. After starting up the campus at Bijni Complex, Laitumkhrah in 2012, NIT Meghalaya started various NSS activities as listed below:
The NSS team of NIT Meghalaya is constantly striving to help the people of the communities in the region. This will instil a sense of responsibility in the students towards their communities and help in shaping them to become responsible citizens of the country.
NIT Awareness Drive
The NIT Awareness Drive Committee was constituted on September, 2014 with an aim to create an awareness amongst the student and teaching communities about the presence of an institute of national importance NIT Meghalaya in the state. From the very beginning, when it started admitting students in July 2012 in its present temporary campus at Shillong, it was seen that most of the people were not aware of the formation of this premier technological institute within the state and its potential in bringing up the overall development of the state. From its very constitution, NIT Awareness Drive Committee had prepared and executed several plans that created a growing interest amongst the student community viz. visiting different schools and giving presentations and interacting with students, organizing workshop, assistance in filling up online JEE application forms, organising logo design competition, organizing inter school competition science exhibition and poster presentation competition, etc., so that there is an awareness of the benefits of studying in an institute of national importance like NIT Meghalaya.
RastriyaAvishkarAviyan
RashtriyaAviskarAbhiyan (RAA) was set up by Ministry of Education (Shiksha Mantralaya), Govt. of India to create awareness amongst the school children about the importance of education especially of science and mathematics. The objective is to give a direction to drive future innovations by encouraging children in exploration, discovery and innovation. The National Institute of Technology Meghalaya was recognized by MoEd as a Mentor Institute of the State. The suggested list of activities under RAA are:Effective Classroom Transaction & Assessment; Nurturing Student Clubs and Competitions; Teacher Support Systems; Strengthening School Science & Maths Facility; CommunitySensitisation and Engagement.
Unnat Bharat Aviyan
Unnat Bharat Abhiyan (UBA) was launched by the Ministry of Education (Shiksha Mantralaya) on 11th November 2014 with an aim to bring transformational change in rural development processes by leveling knowledge institutions to help build the architecture of an inclusive India.The UBA is conceptualized as a movement to connect institutes of higher education with local communities to address the development challenges of rural India through appropriate technological inventions.As per the directives of the MHRD, higher educational institutions, which is funded by the Central/State Government and all institutions which are under approval by the regulatory bodies needs to adopt a cluster of backward villages in the vicinity for the purpose of UBA and IIT Delhi has been appointed as the National coordinator. For implementation of UBA in the State of Meghalaya, the NIT Meghalaya cell has been formed and Dr. C. Marthong, Assistant Professor CE Dept has been appointed as the coordinator. The UBA cell have already visited two Blocks i.e ShellaBholaganj and KhadarShnongLaitkroh C& RD blocks for discussion with the BDO’s of the blocks in present of the village representative/Sirdar for the implementation of the UBA in the East Khasi Hills of Meghalaya state. Based on the discussions 5 (five) villages have been identified. The list of villages are: Kutmadan, Ryngud, Nongpriang, Swer and Sohrarim. The main aim of the 'Unnat Bharat Abhiyan' is to give a tech-boost at the grass root level to the villages. Action plan in collaboration has already been started. Teams have been set up to visit the villages and identify their problems. Further, we will aim to find financially-viable schemes and prepare a roadmap for holistic rural development.
Rural Technology Action Group (RuTAG)
RuTAG mission is to bring all Government & Non-Governmental groups or stake holders together to proactively work for the development of the region so that people can derive the benefits of Research & Development in various scientific fields.It is an endeavour of Principal Scientific Adviser to the Govt. of India for revamping the rural economy of our country by setting up a number of Centres in different parts of the country. For the North Eastern Region, such a centre, the Rural Technology Action Group- North East (RuTAG- NE) has been setup at IIT Guwahati and a Tier-II institute of RuTAG-NE at NIT Meghalaya, Shillong.The modus operandi of RuTAG Mission is to identify challenging problems and technologies that they have potential to contribute significant impact on the rural economy of communities, artisans, rural based industrial groups and entrepreneurs, etc. through up gradation of technology in terms of efficiency and productivity/optimization of energy and natural resources, etc. with precise Science & Technology interventions.